D-Day has come for Britain. Brexit, the popular word often used as a threat is now real, how will markets react? 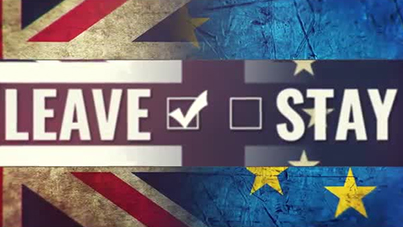 Whilst there's no historical precedent for a comparable member state leaving the EU, the United Kingdom has voted to leave. Carney warned that the risks of leaving the EU ‘could possibly include a technical recession’ and the IMF said that Brexit would prompt a stock market and house price crash.

The government may wait to invoke article 50 but the impact on markets will be instantaneous. So, what will happen now the referendum is over and the outcome everyone feared is real? The UK government, institutions and wider business community now have to address the financial, economic and political implications.

You can’t always trust the experts to get it right. The bookies, the currency markets and the fund management industry are all reacting to an event they didn’t think was likely – the UK voting to leave the EU. Sterling has fallen 11% against the dollar to a level last seen in 1985, and the experts warn that it could fall up to 20%, will a Brexit do more damage than George Soros did to currencies in ’92?

Market consensus seems to be, over the short term the leave vote will lead to weakening of sterling and impact UK growth. However, it can only be speculated on to how long it will last and what the extent would be.

FTSE, which ended polling day on 6,338, plummeted overnight to as low as 5,788 before bouncing back above 6,000. By 10:00 this morning, only nine stocks in FTSE were up; among them, Randgold, Rolls Royce and Glaxo. Those falling more than 20% were house builders, airlines and Lloyds Bank. Other financials were not far behind.

With the outcome of the referendum clouded with so much uncertainty, what do some of the leading investment figures have to say?

Richard Buxton, head of UK equities at Old Mutual Global Investors, has described it as, ‘by some margin, the worst of the two possible outcomes of the referendum’ and described the result as, ‘the world’s first DIY recession.’ Buxton believes a further rate cut from the Bank of England is possible as well as a restart of the QE program.

Further purchases were halted as the economy started to improve, but if the forecasters are right, the UK economy could be in dire need of further stimulus.

For fixed income, Jim Leaviss at M&G notes there has already been a sell-off in perceived riskier assets, higher levels of default risk are being priced in and spreads on peripheral European bonds have widened.

Although a lot was sold-off prior to the referendum, the sell-off continues. In the worst of the turmoil, a massive 550 points, around £142 billion, was wiped off the value of London’s FTSE 100 index as traders dumped shares.

How have the fund managers positioned in the wake of all this turmoil?

Peter Toogood, investment director of City Financial, and Robert Burdett, co-head of F&C multi-manager, agree most managers thought remain was the likely outcome, as the polls reflected; but they haven’t been taking significant bets on an outcome

While the EU referendum result has caused uncertainty, it’s important to focus on the long-term. 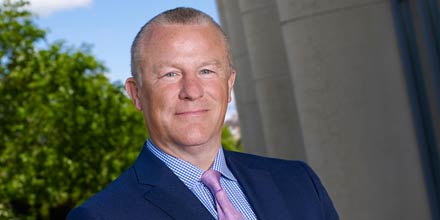 Prior to the referendum, Neil Woodford provided his views on the long-term outcome of a potential Brexit. He argues the real problem is low global growth thanks to excessive government and consumer debt, excess capacity and deflation, ageing demographics, weak productivity growth and a lack of investment. Compared to these, whether the UK is in or out of the EU, isn’t the big issue.

John Benett from Henderson said, from an investment point of view, Brexit was a gigantic ‘red herring’ best ignored. However, after today’s market activity will this statement stay true?

Only time will tell what will happen as a result of this unanticipated shock for markets. The question of how a Brexit will affect the UK economy will remain, as market and political reactions continue to be unveiled. Keep up to date with the latest updates and views from top fund managers on our Brexit Watch channel. Clickhere to view the channel.