When Mark Carney delivered the May 2016 inflation report, his gloomy forecast came after a host of poor economic data for the UK on manufacturing, construction and low April growth figures. With uncertainty rife in the UK economy and the EU referendum drawing nearer, how will this impact the monetary policy committee's (MPC) forecasts for the UK economy. 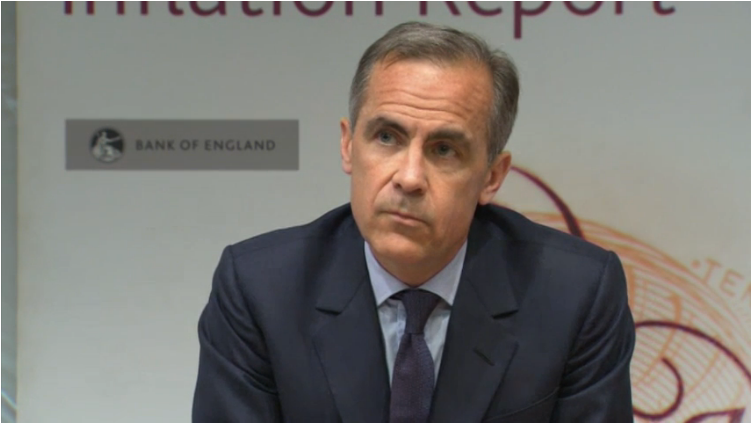 It’s been said that if Britain leaves the EU it could lead to materially lower economic growth in the UK. Given the gloominess of this forecast, can a recession be ruled out? Bank of England governor, Mark Carney, gives his view on the EU referendum and how it would affect the Bank of England’s inflation report.

'The forecast we published is based on government policy being followed and that forecast is affected in the short-term by uncertainty associated with the referendum. This uncertainty is influencing the economic slowdown and deceleration. However, conditioned on the assumption of remaining in the EU, those uncertainty effects dissipate in subsequent months. The actual forecast we have under remain, wouldn’t be described as gloomy, the uncertainty wouldn’t be around and we’d have growth on trend. Also, we would have excess demand, which is why inflation forecasts are above target.

We have a responsibility when we have a major risk to the forecast to talk about those risks, if those risks could manifest over the monetary policy horizon. The biggest risks to the forecast concern the referendum, not just the fog of uncertainty around the data in the near-term but the judgement that if there were a vote to leave that would have material consequences for both growth and inflation. Therefore, a Brexit would affect the stance of monetary policy.'

The Bank of England gave quite a detailed forecast for the remain side of the referendum, but there are two possible outcomes of the EU referendum. With the Bank of England being an independent, credible source, what do they think will happen, not only in words but in numbers if the UK votes to leave the EU? It’s been said that unemployment is likely to rise given our productivity; that suggests a recession but will they use the ‘R’ word?

'Material slowdown in growth, a notable increase in inflation, that’s the MPC’s judgement. It’s a judgement not based on a whim, it’s a judgement based on rigorous analysis and careful consideration and this judgement comes from all Members of the MPC. Of course, there’s a range of possible scenarios, which could include a technical recession. The thing that I would stress is what’s important from our perspective, which is to provide information and perspective not just about the major risks to our central forecasts but what it might mean for monetary policy. What we wouldn’t want to do is to pop-up at the start of July and say, by the way, this is what we thought then about the situation now. It’s better if the public can understand how the MPC would respond if those uncertainties come to pass.'

Mark Carney has spoken about the potential path of monetary policy in response to what could be a technical recession and the MPC did discuss Brexit. At that discussion, there was a range of policy responses that were considered, but was there a rate cut included in those discussions? And what would a rate cut mean for gradual and limited interest rate rises? It’s not just inflation that is the big concern.

'Just to be clear, we discuss the economics of the Brexit risk scenario. We had a rigorous discussion around that, supported by analysis but we didn’t develop a full projection. We didn’t develop that discussion into the stance of monetary policy because the only decision we are making is about the circumstances here and now. What’s the appropriate stance of monetary policy as we are today? Given our central forecast, it was clear to all members of the committee that the most appropriate stance was to maintain policy as it is with the bank rate at 0.5%.'

Whilst the MPC stands firm on their current forecasts. they have outlined that these could change in the case of a Brexit. This reputable source offers us one of many different views on the referendum scenario but we will only know the true impact of the decision the UK makes after the 23rd June. To learn more about the Bank of England’s views click here to watch the video.