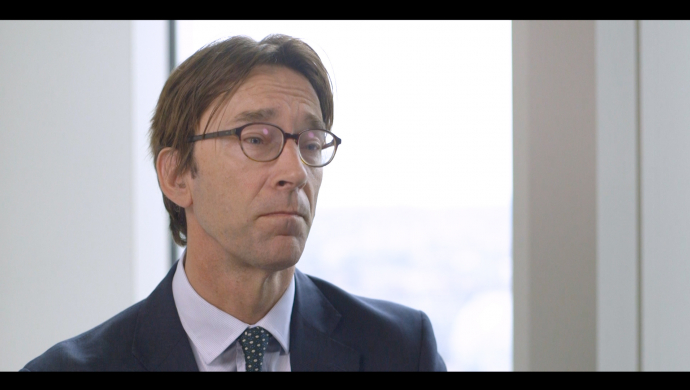 WATCH LATER
Ben Whitmore, Head of Strategy, value equities at Jupiter Asset Management joins us to discuss their approach to investing, the state of the industry, and what type of companies they look to invest in.

PRESENTER: Ben Whitmore is Head of Strategy for Value Equities at Jupiter Asset management, he joins me now. Ben, talk us through how you run this particular mandate for the Alliance Trust.

BEN WHITMORE: So we’re value investors. Which means we look for the most lowly valued shares on global stock markets, and once we’ve identified those lowly valued shares we sift through them looking for attractive investment opportunities. By lowly valued I mean lowly valued in relation to their earnings potential, or to their assets, or for some reason the stock market doesn’t like them and puts them on a low valuation, and we want to then consider those shares.

PRESENTER: So are you looking to invest in unpopular companies or badly performing companies that you hope are going to turn around?

PRESENTER: What sort of environment has it been for your investment style over the last 12 months?

PRESENTER: So what’s the reason for that, can you see any catalysts for change?

BEN WHITMORE: No, it’s impossible to see the catalyst for change, because what I think is that if you could see it, it would already be priced into markets. So it will be something unexpected that the markets, market participants can’t see at the moment.

PRESENTER: Is a world of QE simply bad news for value investing?

BEN WHITMORE: So I mean people are unsure as to why value investing has done so badly. But one reason often given is the fact that the Federal Reserve and almost all central banks around the world seem not to ever want to put up interest rates.

PRESENTER: Any broader issues that you see out there that could have an impact on the portfolio over the next 12 months?

BEN WHITMORE: I mean I guess they’re all generic ones. In the short term, it’s issues around the world economy, the relationship between China and America; interest rates, those type of things.

PRESENTER: Can you give me an example of a strongly performing stock in the portfolio?

BEN WHITMORE: Well recently with the desire of central banks never to put up rates again, gold is coming a bit back into favour. So Barrick Gold has performed quite well. And that’s really a function that people are worried that central banks around the world are trying to devalue their currencies, and you can’t really devalue gold. So for the first time in a long period gold shares, Barrick Gold have done OK.

PRESENTER: How do you diversify risk in the portfolio?

BEN WHITMORE: So in the mandate there are 19 stocks, and they’re spread across geographies and industries. I think the key thing is it’s not really where they’re listed, it’s what they do. So a spread of investments in terms of what they do, whether they’re in the automotive sector, the food sector, the industrial sector; it’s a spread of investments.

PRESENTER: Given the backdrop you describe, how important is it for companies you invest in to have a strong balance sheet?

BEN WHITMORE: Well the evidence over time says that value investing works, but not every year. This is its probably worst or second worst period in 100 years. The other evidence says that you need to focus on companies where the balance sheets are not the worst ones and where the conversion of profits into cash are not the worst, so you really need to focus on balance sheets that are OK and don’t take the chances with the balance sheets that are very weak. That’s the key thing. There isn’t much evidence to say that there’s a big difference between companies with cash on the balance sheet versus some borrowings, but the key thing is to avoid the most highly indebted companies.

PRESENTER: And given your experience, does this help you to distinguish between stocks offering value, and so called value traps, companies that are cheap for a very good reason?

BEN WHITMORE: Well value traps occur because basically the businesses can’t mean revert or hold their profits, either without extra capital or are necessary for a takeover. So there’s a whole variety of reasons why companies might be a value trap. The reason why we’re not so keen on the most highly leveraged companies is just the evidence says that’s too risky. So it may well be that there are some companies that are very highly levered that do very well. It’s just the risk that comes attached to that. In the same way if you borrow a lot of money as an individual, it might be OK but it’s a very risky thing to do.

PRESENTER: Dividend payments particularly in the UK have been pretty high of late, what’s your take on that?

PRESENTER: So, in summary, what are the key things you’re keeping an eye on over the next 12 months?

BEN WHITMORE: Well the portfolio’s very lowly valued compared to the main indices around the world. Value investing is unbelievably out of favour, and so I’m just going to be patient and see what happens.