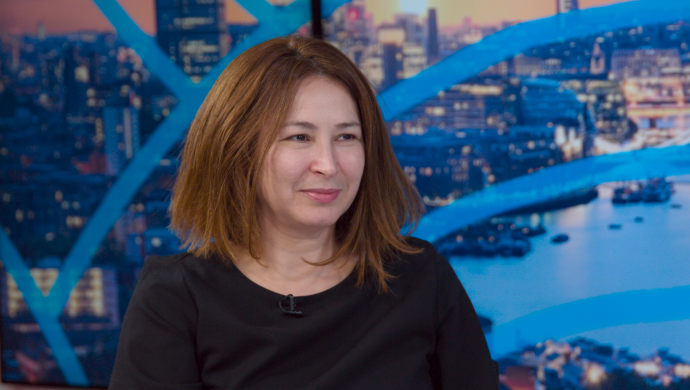 Diliana Deltcheva, Head of Emerging Market Debt at Candriam, discusses what she expects to see in the year ahead for emerging market debt, the impact of a weaker dollar on EMD, her preference between hard and local currency debt, the resources used to cover EMD and what investors can expect from Candriam in 2019.

PRESENTER: With her outlook for 2019, I’m joined now by Diliana Deltcheva. She’s Head of Emerging Market Debt at Candriam. Well Diliana, given the 2018 that we’ve had, what can we expect from emerging market in the year ahead?

DILIANA DELTCHEVA: We’re very excited about 2019, because a number of the headwinds that we experienced this year from the perspective of global macro conditions, liquidity conditions, are tri-tension, so unlikely to be repeated next year. We also start from a much better entry point, and we do expect that the global market environment is going to turn to be a bit more inductive to producing positive returns. What I mean by that is that we do expect that US growth exceptionalism is going to end in 2019. European growth is likely to be much stronger. Chinese growth might not correct as much as expected, as the Chinese authorities will be implementing stimulus. And emerging economies for the larger part will be recovering from the shocks of high US treasuries and stronger US dollar that we’ve experienced this year.

PRESENTER: So what does a weaker dollar do in terms of making emerging markets look more attractive?

DILIANA DELTCHEVA: Well it has a multiple effect. On the back of falling emerging currencies, clearly it has an immediate impact as those strengthen almost immediately EM currency weakness. For hard currency denominated bonds, the impact is very direct as well. A number of EM countries have issued dollar-denominated debt, and of course the debt to GDP would automatically increase if the currency weakened versus the US dollar. What a strong dollar does as well is globally tighten liquidity conditions, and tighter liquidity conditions correlate usually with slower flows to emerging markets. So a number of emerging market countries might find it more difficult to fund the external sector imbalances from that perspective as well.

PRESENTER: So what’s your take on somewhere like say Argentina, which has got itself into a lot of trouble over its dollar-denominated debt in 2018?

DILIANA DELTCHEVA: What a nightmare for Argentina in 2018. I don’t think that policymakers in Argentina expected 2018 to be as bad as it was for them. But luckily now they’re on the mend, the economy’s on the mend, inflation is coming down, fiscal deficits are coming down, and the country has committed quite explicitly to a very strict IMF funding programme, and after the 60% or more currency depreciation in 2018 we don’t expect this to be repeated again in 2019. So we do expect the economy to recover and we do expect that risk premium are going to stabilise; the country does not have to issue bonds in 2019, as it will be supported very explicitly by the IMF funding programme.

PRESENTER: So are you overweight Argentinian bonds on the back of this?

DILIANA DELTCHEVA: For the time being we are, although we remain cautious about political risks. The country will face elections in October 2019, and how well the economy recovers from its headwinds in this year is going to basically determine whether the current administration will remain in office or not. And this is something that we’ll be focusing on as well.

PRESENTER: Given what you said about the direction of the dollar, does this mean you prefer local currency debt to dollar-denominated debt for the year ahead?

DILIANA DELTCHEVA: It’s a very difficult question. For both hard currency and local currency debt, we actually expect similar returns, around 6% returns. The current carry for hard currency debt is now 7%. I mean spread over treasuries that means about 400 basis points; these are extreme levels for the asset class. But if you really drill down you identify that the value has been created mostly in the high yielding part of that universe, and we do expect the recovery to be focused in the high yielding part of the universe. Countries, as we mentioned Argentina, but also Ukraine, traditional high yielders that usually have very idiosyncratic dynamics, but this year were particularly hurt by global market environment. In the local currency space, we do expect again high yielding local rates markets to outperform, as the lower yielding ones that are particularly based in Central Eastern Europe or Asia. These economies might get hit more explicitly by the slowdown in China, because they’re a bit more open to global trade, which might still be constrained.

PRESENTER: How worried are you by a slowdown in China?

DILIANA DELTCHEVA: It’s a structural issue. Chinese growth is never going to be 10% again. It’s a large economy that is moving into a middle class, changing its growth model from export driven to consumption led model. We are already seeing indications to that effect. Consumption grew a lot stronger than exports this year in China. China was particularly hit by trade tensions that impacted more explicitly. We do expect that next year policymakers are going to extend some stimulus, nothing to the extent that we have seen in 2009 or 2015, but that stimulus is going to partially offset the impact of trade tensions on the Chinese economy. So we’re not particularly worried necessarily about the unwind of the Chinese private sector debt which is a major issue; we do believe that the policymakers are credible, and will be taking the right steps to basically soften the impact on growth from trade tensions.

PRESENTER: Now, you’re obviously a fan of emerging market debt, but do you think international investors in the round are going to be coming back to the asset class in 2019?

DILIANA DELTCHEVA: We hope so. We do expect something like $20 billion in flows into the asset class, roughly equally split between hard currency and local currency. And those in flows are not particularly challenging relative to our moderately constructive outlook on the world and those fundamentals in 2019. And relative to what has happened in the past, $20 billion is just half of what we have seen in terms of 10-year average, which has been about $45 billion.

PRESENTER: Emerging markets is a huge area, what resources have you got to cover it?

DILIANA DELTCHEVA: We have a team of six fund managers managing assets of $3½ billion across three main strategies; the three main strategies being hard currency, local currency and total return. Total return is a strategy that is a bit of benchmark, and can invest across hard currency, local currency or corporate. So we do believe that with six fund managers we can cover that universe pretty well. Since we do not need to cover every single information point in the countries that we focus on, we try to extract the most relevant signals that are going to drive markets. And those signals can be related to political events, so around elections you’d be quite focused on what the different candidates are thinking and likely to do. Or these points can be specific data points that are particularly relevant for the market. Central bank meetings will be one of those points, inflation numbers will be another.

PRESENTER: So is this more of a top-down or a bottom-up process?

DILIANA DELTCHEVA: We try to implement the best combination of both. Process is focused on identifying the best bottom-up relative value opportunities. But also we recognise that we are an emerging market asset class that is driven by global macro conditions, and we cannot disconnect from that correlation. So we have developed a next to the bottom-up relative value tracking, a very extensive top-down process to manage and monitor those global macro risks.

PRESENTER: How long has the team been in place?

DILIANA DELTCHEVA: We have worked together for three-and-a-half years, slightly longer. But all of us are very experienced fund managers. So on average we have more than 10 years of average experience per manager, and we have worked with competitors in the past.

PRESENTER: So, in summary, what can investors expect from emerging market debt from Candriam in 2019?

DILIANA DELTCHEVA: We’ll continue working at delivering superior risk adjusted returns, and we’ll continue using our investment process that has a tested track record of identifying the best relative value opportunities. We’re also starting from a much better entry point, starting point for the year I should say, from both global macro perspective as well as valuation perspective for emerging hard currency and local currency debt. So we’re pretty confident and excited about 2019.