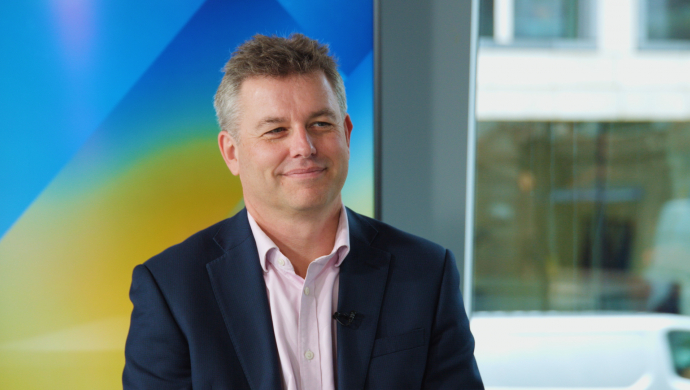 WATCH LATER
Jonathan Watts-Lay, Director, WEALTH at work sat down with us to discuss recent changes in the DB transfer market. Jonathan touches upon high transfer values in the market & signs of a cool down as well as how the FCA's ban on contingent pricing may impact things.

PRESENTER: To discuss the latest in the defined benefit transfer market, I’m joined today by Jonathan Watts-Lay, Director of WEALTH at Work. Hello Jonathan, thank you for coming. So what has been happening in the DB transfer market?

JONATHAN LAY: Well, transfer values remain very high, still not unusual to see forty times on those transfer values; however, there’s other evidence that the market is actually cooling down. So, for example, LCP are suggesting that the number of quotes that have gone out may have reduced by 25% since 2017. Also anecdotally we’re seeing less activity. So we were certainly talking to organisations 18 months, two years ago where they were concerned about potential factory gating because they were getting a large number of transfer requests, maybe from just one side. So a lot of that seems to have died away now. However the part of the market that looks as though it’s still quite buoyant is the liability exercise market. So where schemes are running liability exercises to try and get members out of the scheme, probably before a buyout exercise that they want to run. So that bit still seems quite buoyant.

PRESENTER: So what impact is the FCA proposed ban on contingent pricing is likely to have?

JONATHAN LAY: Yes this is quite an interesting area. Because if the ban on contingent pricing comes in, it’s likely that pricing will be maybe £2,500, £3,000 for advice. So it does raise the question as to whether individuals will pay that amount of money. So that might naturally contract the market because individuals will decide that they’re not willing to pay that. However, on the supply side as well, there are changes there. So we know that some advisers have been told by the FCA that they can’t do this work anymore and had their permissions removed. Others have voluntarily taken themselves out of the market. But also there’s a big issue around PI insurance. So some advisers not being able to get the insurance for this type of work, and for others, where they can, the premium is so high that they may count themselves out of the market anyway. So I think what we will see is a contraction of the market.

But I’m not sure how worried people will be about that. And we’ve certainly had the work and pensions select committee saying for months and months that they’re very concerned by the number of transfers. We’ve had the FCA doing sample testing of transfer cases and they’ve said roughly 50% of those transfers may be unsuitable. So you end up thinking that perhaps actually if just less people took transfer advice and less people transferred, actually would people be too worried about that and would the regulator be too worried about that because actually all it means is they stay in their DB scheme.

PRESENTER: And where does this leave employers and trustees?

JONATHAN LAY: Well I think one of the things that is changing in the market. And this actually isn’t just about DB, this is about DC as well is that employers and trustees are getting more concerned about the decisions that individuals make when they get to retirement. And of course a lot of individuals right now will probably have a mix of DB and DC. So they’re quite keen to put in processes now where those individuals can get the education that they need. So they understand what the options are, they generically understand the advantages and the disadvantages of those options, but also that if those individuals need regulated advice, so for example if they want to do a DB transfer, then actually that service would be available.

So a lot of them are now going through processes, due diligence exercises, where they’re just checking for, do these organisations have the skillsets, do they work in their workplace, have they got experience of that, is their regulatory record good, are they doing things like hundred percent compliance check in, and also they have buying power, so when they buy these services in, of course, they can buy them potentially at a cheaper rate.