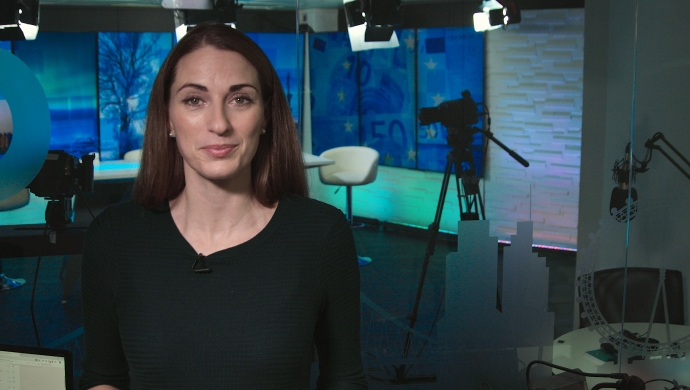 In this European Institutional News update, European investors pulled further away from long-term mutual funds as the market environment and general sentiment remained negative, and what can we expect from 2019? Also, PineBridge’s Markus Schomer expects to see a re-convergence of global growth rates in 2019, but there are several caveats to consider.

Hello. Welcome. This is Asset TV's European Institutional News Update to meet Jenny Ellis in this bulletin. Negative sentiment sees continuing outflows from mutual funds on what we expect from twenty nineteen well first up and European investors pulled further away from long term mutual funds. As the market environment in general, sentiments remain negative. As a consequence, October was the sixth month in a row posting net outflows from long term mutual funds after sixteen consecutive months sharing net inflows. According to Riff Initative, only real estate funds and commodity funds enjoyed net inflows in October. Well, next. And looking to the new Year mark, Colgate asked a panel of experts what to expect from twenty nineteen. One thought to leave investors with for the head. I think what matters most most important thing is what happens to US interest rates. Our best guess is that the Fed keeps going to three percent orbit above, and I think that's the reason black come. For the global economy and global financial markets, however, there is a risk that the strength of the economy pushes unemployment lower and that pushes wage growth higher than we're expecting, which could lead to a more aggressive Fed. That would be bad news for US bonds, global bombs, equities and the economy as well. Yeah, I think it's also U. S interest rates, and it's this idea about where is the neutral US interest rate? Do the Fed have to aggressively move through that to go into restricted territory? I don't think that's likely to happen. What's the determinant on whether they don't have to do that? I think it's inflation, so it's going back to looking for wage inflation is going back to looking for Marjan pressures in the equity market? I think those are the two most important things. I was going to mention the same thing, but I'll mention something else. I do think everything turns on us inflation. So that's really it. Anything to watch. Let me just pick on something more parochial. Brexit. You know, I think that actually will more than likely get some kind of no deal. Brexit. Exactly what that consists off is yet to be seen. I think that will cause a bit of short term turbulence. But watch out for the for the reaction of sterling. I think sterling could fall quite sharply. Essentially offset a lot of the impact of the higher cost of trading with the certainly a second half. We might actually see the UK doing a bit better than Ethan. Currently, people think you're unlisted. Hey, I'm looking at five teams for two thousand nineteen. So global trade, Whether there's going to be a deal, I think there will be one rates with a whether they are going to go up, I think here, but not in smooth way. Market risk, opportunity. I think an opportunity. Europe. Is it going tto resolve? It is issues. I think some of them yes, on. And finally we're going to have another year off the long bull market. I think maybe I don't know, but maybe it's We have to leave it on that optimistic note. Thank you all very much. Finally, Marcus Schomer Pine Bridges, chief economist in New York, expects to see a re convergence of global growth rates in twenty nineteen. But there are several significant caveats The US Federal Reserve needs to resist the temptation to push really policy rates back toward past levels of neutral. China needs to simulate private sector growth. An act to counter the negative effects of US tariffs on its goods on the European Union needs to mitigate the potential impact of brexit and the Italian budget standoff. There's a link to the full outlook below the player and to keep an eye out for our master class to the outlook for two thousand nineteen. But that's it for this update from or videos, please visit our website Europe Dark Asset Talk TV or follows on Twitter on asset TV Have wonderful Christmas and no.