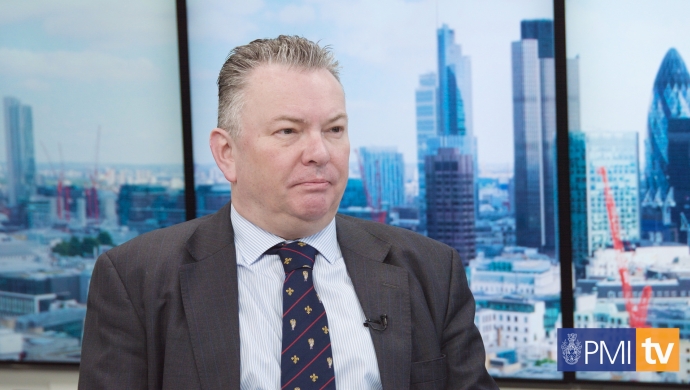 WATCH LATER
Tim Middleton, Technical Consultant, PMI, discusses PMI's involvement with pension trusteeship, why the professional trustee standards working group was established, when it will be announced and what services PMI can provide for lay trustees.

PRESENTER: Joining me now is Tim Middleton, Technical Consultant for PMI. So Tim, first off, why is PMI actively involved in pension trusteeship?

TIM MIDDLETON: PMI has a role which is educational principally, and we have to work very closely with trustees, because these are people who have the responsibility for running pension schemes. Their duties have become rather more complicated, rather more technical over the years. And as the role has developed, the challenge of providing adequate educational opportunities for trustees has risen with it. So PMI has always sought to work very closely with trustees to make sure that they understand what their responsibilities are, and to give them opportunities to consider new ways of doing things, and making sure that they comply with the kind of standards that TPR expects of them.

PRESENTER: Why was the professional trustee standards working group established?

So this is a group that I’ve been part of, and its members are from different trustee firms, also some sole traders, representatives of other bodies such as TACT and the PLSA, and also of course from the regulator itself. So this has been working through the course of 2018 at hammering together some standards, which are going to work for all accredited professional trustees in the UK.

PRESENTER: And when will the standards for professional trustees be formally announced?

TIM MIDDLETON: We’re looking to launch them officially towards the end of February. So there’ll be a couple of launch events in London, Leeds and Glasgow. The standards will be formally published. After that there’ll be a bedding-in period for trustees to formally adopt the standards as they will become known to the whole of the trustee market.

PRESENTER: What will PMI’s involvement be?

TIM MIDDLETON: PMI’s has got a role in accreditation. So the accreditation aspect has probably been the most difficult thing for this working group to get right. It’s to think what kind of standards will professional trustees need to reach firstly to become accredited, and then on an ongoing basis how do we monitor standards? So there’ll be some formal qualification requirements for trustees to comply with. There’ll also be attestations and a fit and proper test, which will be closely modelled on the fit and proper test for master trust trustees. And on an ongoing basis there’s also going to be a requirement for trustees to complete CPD. So PMI will have a role in firstly making sure that the qualifications are met, that all the different initial qualifications are complied with when people want to become professional trustees. And on an ongoing basis it’ll monitor their CPD, and make sure they do what they’re supposed to be doing. So it’ll have a fairly prominent ongoing role to make sure that the whole system works properly.

PRESENTER: And finally what services does PMI provide for lay trustees?

TIM MIDDLETON: Well lay trustees of course still make up the vast majority of trustees working in the UK, and there are a great many of them, many thousands working. And TPR does have requirements for basic standards of performance, there’s the basic TKU requirement, that’s trustee knowledge and understanding arising from the 2004 Pensions Act. So we have the only formal qualification for trustees in the UK at the moment. So that’s a service that we provide. We also have our trustee group, which has grown quite spectacularly over the course of the past year. It’s now got over 1,100 members, and the trustee group gives trustees an opportunity to come along and attend events, listen to some of the new developments that are relevant to them, to network. And we also run a voluntary CPD scheme for trustees so that they can demonstrate that they are taking their responsibilities seriously, that they are learning more things on a continuous basis.

So we are very keen to support that every bit as much as we are to do all the work that we do with professional trustees. All in all PMI remains absolutely committed to making sure that trustees are given the best standards of service and support that is possible for us to give them.