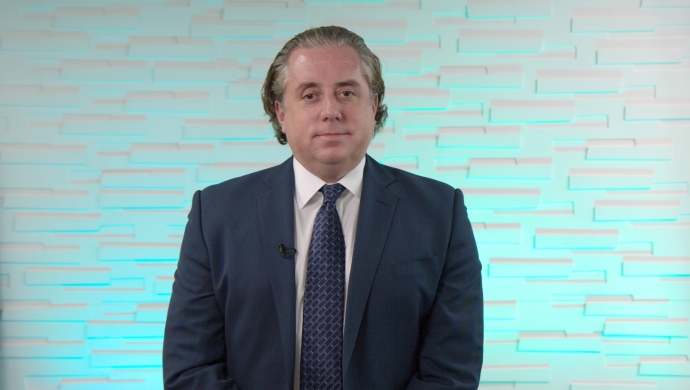 WATCH LATER
David Zahn, Head of European Fixed Income, discusses why he believes investors should reconsider their Gilt allocations, the importance of active management and the risks which can be found in the Gilt market.

Telephone: 0800 313 4049
E-mail: [email protected]
DAVID ZAHN
I really think investors should look at their gilt portion of their portfolio, because it’s an area that we’ve seen that most investors haven’t looked at in the past four/five years. They’ve been very interested in what’s going on in the equity market and other classes, and gilts, which is a part of almost everybody’s portfolio, has been relatively static, and in many cases has been passive. But I think with the volatility that we will see going forward due to things like Brexit or different political events, gilt market will probably move a lot more than you’ve seen in the past, and therefore you need to have some type of active management to try to capture those returns for your clients.

Well I think an active gilt fund really makes sense for the volatility that we have ahead due to Brexit: we know that we could have a no deal, we could have a deal, but how is that going to impact the gilt market? Also, we saw with the Budget earlier this week that we are seeing more spending, the austerity is over. This is going to start to impact on gilt yields. We have to see what the Treasury is going to do, how much are they going to spend, and how is that going to move the market. And also we know that we’re in a period of uncertainty with global growth doing well, but many people saying we’re in our ninth/tenth year of this expansion, how much further can it go, and so you probably need something in your portfolio to offset that. And so I really think active makes sense, because gilt yields could go significantly higher or significantly lower in the next 12 to 18 months, and you need to have a manager who will react to that, rather than just sitting in a passive strategy.

The main ways we add value in our fund is duration management. So we look at how much the portfolio should be exposed to interest rates, either by being short duration or being long duration. In addition, we can take a small portion of the fund in other governments besides gilts. So you can get some diversification. And we can have a small exposure to currencies besides the pound. So again it’s a way to help diversify an asset class that in the past has been very, well boring by design. And we’re not trying to change the fact that it should be a core part of your portfolio, we just think there’s additional value can be added by putting some marginal tweaks on this type of asset class.

I think the biggest risk we have in the gilt market is gilt yields go significantly higher. And I think that really is because of, we get a deal from Brexit. There’s a lot priced into the gilt market, the uncertainty from Brexit talks, and I think that if we did have type of resolution then gilts would go up significantly. Because if you look at where inflation is and where gilt yields are, they should be much higher. In addition, the political environment, if we have a change in leadership of the government, or a change in party in power, that also could move gilt yields quite significantly. And so I think that by being defensively positioned, by being short duration in our portfolio, we’ve done quite a bit to actually add value, and I think that’s something that we’ll probably be biased towards that in the months coming.