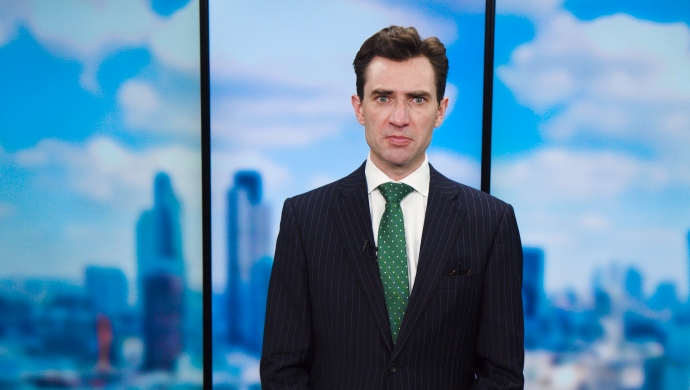 WATCH LATER
A trio of big name investment trusts underperformed their benchmark, and SDCL are raising funds of £150m via an IPO. These and other topics are discussed in this investment trust update.

Hello and Welcome to Investment Trust Update with me. Marco, in this edition fundraising and brings it on trade wars had volatility to investment returns. But first up, a trio off big name trusts have produced into results for the six months to the end of September. All of them have underperformed their benchmarks. Templeton Emerging markets run by cheating cigars since February, has been helped by an underweight exposure to China and Hong Kong and the portfolio biggest overweight. That country level is Russia, just over nine percent over At Fidelity, China Special Situations manager Dale Nichols has seen returns hit by the poor performance in recent months off two stocks, which make up some twenty five percent off his portfolio. Those are Alibaba and Tencent. Nichols, who took over from Antony Bolton in two thousand fourteen, is confident that his trust is protected against any trump tariff war. Just one point five percent of portfolio revenues come from the US, compared with ninety three percent from the Greater China area. Closer to home on Invesco's Mark Bonnet has almost forty percent of his portfolio in financials, including insurance such as Elegy Hiscox on Aviva, the Perpetual Income and Growth Trust started buying back shares in July. On the discount, Navy is hovering around the eleven percent mark. Bonnet has a focus on defensive, such as tobacco in healthcare and also a focus on UK domestic stocks over to the Keystone Trust, run by Barnet until twenty seventeen. And it's now with his Invesco colleague James Goldstone. This has underperformed over the twelve months to the end of September. Like Bonnet, Goldstone has a bias towards domestic stocks, and he also has thirty seven percent in financials. Staying with the UK and Troy. Income and Growth has been focusing on consumer goods with strong brands such as Unilever Reckitt Benckiser on Glaxo Troy, which has run the portfolio since two thousand nine. This kept clear of volatile mining stocks. Since taking on the portfolio, the annualized Navy return has been eleven point three percent, compared to nine point one percent for the all share. That's according to Broken. You missed next up fundraising. STC L Energy Efficient Income Trust is looking to raise one hundred fifty million pounds. Violin AIPO, which will invest initially in the UK The vehicle target seven to eight percent annual returns with a five percent dividend on investors have until the fifth of December to take part in it on twenty For Income, which invests in European asset backed securities, thinks prices have fallen so far of late that it makes sense to raise cash. Fire an issue of new ordinary shares at a two percent premium to Navy. Take advantage of the opportunity on that issue closes on the twenty ninth off November. Well, that's all from us. Thank you for watching and goodbye.