Key considerations for supporting employees and members with their retirement planning 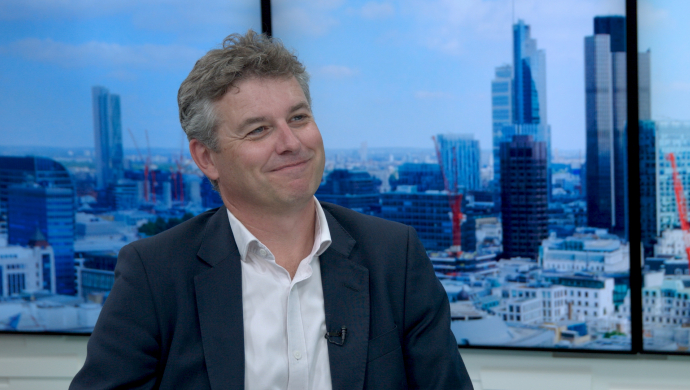 WATCH LATER
When looking to retire, it’s far from a smooth transition. Here to explain the key issues and what employers and trustees are doing about this, we are joined by Jonathan Watts-Lay, Director, WEALTH at work. He also reflects on recent changes laid out in the Retirement Outcome Review by The FCA.

PRESENTER: To discuss key considerations for supporting employees and scheme members as they come up to retirement, I am joined now by Jonathan Watts-Lay. He’s Director, WEALTH at Work. Well, Jonathan, what are those key considerations?

JONATHAN WATTS-LAY: Well, the world has changed since freedom and choice and employees and members of schemes now really need to understand what their options are, not only at the point of retirement, but actually it’s a good idea to have some idea about that in the lead-up to retirement as well. And that’s because they have a number of options now: they could take the cash; a lot of people are going down into drawdown; some may still want to buy an annuity; some may not actually want to withdraw their pension yet even though they might be retiring, because they have other assets that they want to draw on first. So there are a lot of options, a lot of considerations, but all of those options have upside and downside, and it’s really important that at least generically people understand the differences between those options and what those upsides and those downsides are.

So I think that’s a first key consideration. I think another one is just what we’ve seen going on in the market. So for example scams we know are rife. FCA have claimed that on average for a scam somebody loses about £91,000, some they suggest has been as high as a million pounds for an individual. And then we have organisations like the Pension Administration Standards Association saying that they think about a billion pounds was lost through pension scams last year. So this is not small, this is significant. And then there’s other overlays as well, so tax, we know that the Treasury exceed their tax take every year since freedom and choice was introduced because, and we see this in our daily lives with the work that we do, people end up paying tax that actually they could avoid, but because they don’t understand those options and how they work they end up paying that tax.

PRESENTER: So tax, fraud and choice are the three key issues. How can employers help this?

JONATHAN WATTS-LAY: Well I think it’s really important that employers put in a process. And a lot of them have. Certainly a lot of the large companies realise that this is an issue. They want people to be able to retire and make good use of the money that they’ve saved for maybe 40, so they are putting in robust processes, particularly from age 50, because that’s often when those individuals may need to decide on their glide path. So ultimately when they get to retirement, albeit that might be 10 years plus away, do they understand those options, do they have a feeling as to whether they would like to go into drawdown or take an annuity and that will influence their investment strategy.

So employers are putting in robust processes, and those processes fundamentally fall into three areas. So the first is financial education, so that goes back to the issue of do people understand these options, do they understand those generic upsides and downsides; a lot of guidance, so telephone helplines, so whether that’s through the government scheme so Pension Wise or whether that’s through other providers, so that people can ask those questions, those more personalised questions, but it’s not advice; and then the third piece is that regulated advice, so where those people think, look this is, I kind of understand some of these issues but it sounds very complex, I feel as though my situation is quite complex and I want to make sure I do the right thing so therefore I want to access regulated advice. So those three areas of financial education, guidance often through helplines and regulated advice is the robust process that is now going into place in a lot of firms.

PRESENTER: That’s the employer, but what can the trustees do?

JONATHAN WATTS-LAY: Yes, so the trustees, they’ve been a little bit behind the curve, to be fair. So I think that when freedom and choice first came in there was a general view within the trustee marketplace that decisions people make at retirement is really nothing to do with the trustee and that’s down to the individual to make those decisions. But that view has changed and in the last two years certainly we have seen that trustees are getting more concerned and indeed some of them are now starting to put those robust processes in place. In fact we did some research earlier this year with the Pensions Management Institute looking at this very issue amongst the trustee marketplace and there was some interesting data that came out of that.

So for example 88% of trustees said that they were concerned that members might be scammed; 81% said that they were concerned that members may pay too much tax; and there was about 85% that said they were concerned that people may leave DB schemes when perhaps they shouldn’t. So clearly there’s a realisation with those numbers that there’s a lot of issues to address here and yet when you ask, as we did in that same piece of research, so what have you done, you see that they are lagging behind a little bit. So, for example, a third of them claim they’ve put some sort of financial education process in place, only one in five have put access to regulated financial advisers in place. So there’s a bit of a mismatch at the moment between their concerns and what they’ve actually done about it.

PRESENTER: But isn’t it perfectly consistent to think these are issues, but also think employers should be dealing with them, not you as trustees?

JONATHAN WATTS-LAY: Yes, I think that’s fair. The big difference of course though is for trustees they need to worry about deferred members. And of course employers are less worried about that, employers are worried about the active members. So I think this is where trustees do need to step up and, as I say, some of them are starting to now. So often what you find is that for the active members, often the employer and the trustee will work hand in hand to make sure there’s appropriate delivery so that those active members can make sure that they understand those options and hopefully make the right decision, but then of course the trustees do need to think about what they’re going to do for those deferreds as well.

PRESENTER: Now the FCA has announced some changes on the back of their Retirement Outcome Review, what are the key takeaways?

JONATHAN WATTS-LAY: It’s really in two parts. So the first part, which will come into effect in November this year, is around wake-up packs. So from age 50 a wake-up pack will need to be sent and they will need to be sent every five years until that individual effectively crystallises their pension, when they stop to take their pension. And that wake-up pack has to have all the normal caveats around it. So it needs to make the member aware that they have the full market options, that things like Pension Wise are available, and also if they’re looking at an annuity that things like an enhanced annuity might be available to them depending on their situation. So all of that will come into place in November, and then the second part, which is scheduled to come into place in April next year, 2020, is around investment pathways.

So these are the so-called defaults at retirement. So this is where the FCA has been concerned that a lot of people have actually been taking their pension in cash, which clearly is not a good long-term strategy for someone who may be in retirement for 25 years. So whilst we don’t know the full outcome of that yet, the consultation is closed, FCA have said that they will release their policy statement this month, so we wait with bated breath, but it looks as though providers will need to state effectively what the four options are, so you could stay in your pension scheme even when you’re retired, you could take cash, you could take drawdown, you could take an annuity.

PRESENTER: So, in summary, what do you think are the key trends when it comes to supporting employees and scheme members in the future, particularly around this at retirement piece?

JONATHAN WATTS-LAY: I think what’s emerging now is there’s all the big issues, as I’ve mentioned, so the scamming and paying too much tax, people often buying inappropriate product, so clearly if you’re going into retirement, you’re going into drawdown you need to be generating an income of some description and yet often people end up in product that doesn’t really fulfil that need and maybe a change in income need as people go through retirement. So there’s a big emphasis now that if you take a trustee for example, the trustee works hard to ensure, if you like, those marginal gains during accumulation, so make sure the cost structures are appropriate, make sure the fund selection is appropriate, good governance. Well, all of that can be lost in a blink of an eye if people make bad decisions at the point of retirement, so all those marginal gains can be lost.

So there’s now much more of a focus to say actually, in the same way that we’re focused on accumulation, we do need to be focused on decisions that people make at retirement. And I think one of the things that’s highlighted it actually has been the British Steel debacle, because even though that was a slightly different situation and it wasn’t just about retirement, what it did highlight is that if there’s not a robust process in place the members can go off and do lots of different things, a lot of which are just completely inappropriate.