PMI - Defaults at-retirement - great for providers but what about scheme members? 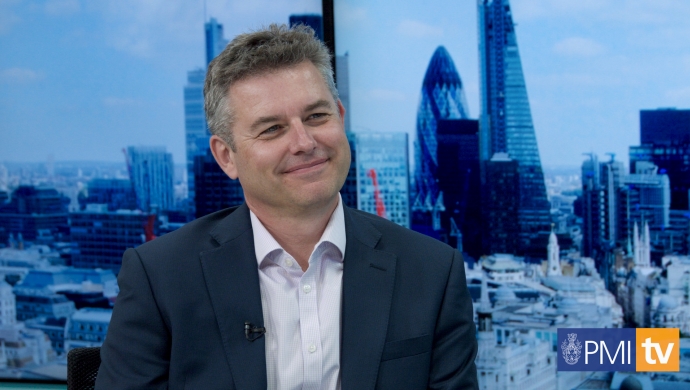 WATCH LATER
Jonathan Watts-Lay, Director, WEALTH at work, discusses the background behind recommendations to offer default decumulation pathways, what impact this could have on individuals and what the alternative could be.

PRESENTER: In view of protecting savers who are disengaged with their pension choices, the Work and Pensions Committee has recently recommended that every pension provider should be required to offer a default decumulation pathway by April 2019. Jonathan Watts-Lay, Director, WEALTH at work, joins me now to discuss why this idea is worrying for a number of reasons, and what the alternative could be. Well Jonathan, it’s good to have you with us today. So let’s start with the background around the Work and Pensions Committee recommendations.

JONATHAN WATTS-LAY (JWL): Yes, the background to this really is that there’s been a lot of growing concern, I think since freedom and choice came in that perhaps people are making choices that are not the best choices possible. And some of the background to that is there’s a lot of evidence that people are cashing in their pension pots completely. And that might be that they’re just cashing in one pot, and they’ve got another five or six pots, so that’s not particularly clear. But also we know that the tax take from the Treasury has been bigger than what they actually forecast. So clearly people were doing things and paying tax, and maybe they needn’t pay that tax.

So there’s a general concern about what people are doing. And so one of the recommendations from the Work and Pensions Select Committee was that actually there should be defaults for decumulation. So basically when someone gets to the point of retirement, if they don’t make an active decision then they will actually go into a default, and they will draw their retirement income from that default. But there’s a bit of a concern around that, because that’s clearly in a provider’s interest. Because if it’s in your existing pension provider then those assets stay with that provider. But the big question Mark is, is it actually within the consumer or the member’s interest?

PRESENTER: So what are the risks then?

JWL: Well I think there are a number of risks. The first one is probably that there’s a danger that freedom and choice almost gets destroyed by defaults, because actually people don’t go out and make active decisions around the choices that they have. They just end up in a default. And we have been there before. If we go back to pre-freedom and choice, most people had to buy an annuity, and yet we know that when they bought an annuity a large number of them bought it from their pension provider, albeit they could have got a better deal elsewhere. So we’ve kind of been here before.

So we know there are risks with that. I think part of the issue is that there’s a spectrum here really, where on one end of the spectrum you’ve got people perhaps making poor decisions; so buying the wrong product, paying too much tax or whatever it may be. At the other end of the spectrum you’ve got people taking regulated advice, where one would hope that they’re being advised appropriately, so they’re making good decisions. And maybe that advice support goes with them throughout retirement. And then kind of in the middle you’ve got these things like guidance, which are good in the sense that, ‘OK it’s not as good as regulated advice, but at least that will give the individual an idea as to what the advantages are, or what the disadvantages of various options are’. And of course defaults fit within that middle ground somewhere as well, but they’re probably a little bit more to the left where actually is that the right decision for an individual just to go into a default? Particularly if they’ve got a number of different pots, I mean you can imagine with three or four different pension pots, maybe of varying sizes, and if they all went into default then they could all actually be going into different strategies really, which holistically wouldn’t really make that much sense.

PRESENTER: So what then would you say is the likely impact on individuals?

JWL: I think ultimately it means that they don’t shop around, which is the key thing. They just end up defaulting into whatever is being provided by their pension provider, or indeed pension providers. So they don’t shop around, and the impact of them not shopping around is really that they end up with potentially less money every month in their pocket in retirement than could have been the case. I think there are also other issues as to how would defaults actually work in practice. So is the pension provider just going to be sending a letter to that member saying ‘right you’ve now reached your stated retirement date, send us your bank details and we will start paying you income’. Because if there is no guidance, no advice, then that would be very easy for someone to go, ‘OK well I’ll provide my bank details’. But of course again if they’ve got five different pensions, and they do that to all of them, then actually what retirement strategy have they ended up in?

PRESENTER: But what then is the alternative?

JWL: Well I think rather than talking about defaults, we should actually be talking far more about guidance at the very least. So if we’re going to make the most of freedom and choice, then really people need to understand what their options are. They need to understand generically what the advantages and disadvantages are of those options. And then it will allow people to make a choice to either say ‘yeah, no I am happy to go into the default’, or ‘no, actually I want to look at another option. And one of those options may be I want to go and get some regulated advice, because I feel as though I need support in making that decision so I make sure that it is the right decision’. And I think only by having that guidance in place will people be able to make informed choices, and therefore have better outcomes.