PMI - The role of investments in buy-in and buyout pricing 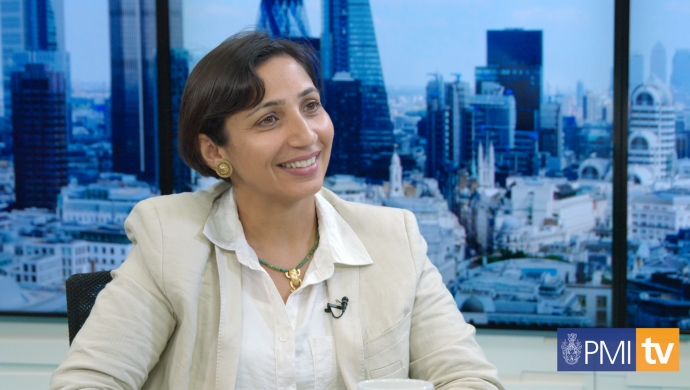 PRETTY SAGOO: Strategic Pension Risk Transfer is a business within L&G where we take care of pension schemes helping those schemes reduce their risks. That could be all the risks off the table in a buy-in or a buy-out transaction or just the longevity risk in the transaction, so elements of the risk.

PRESENTER: So how do insurers go about pricing these transactions?

PRETTY SAGOO: So pricing comes down to a few key factors. They tend to be the investment strategy: the investments we’re going to use again to back the liabilities in these transactions. Capital is important. Because depending on the risk we take in the assets, to back these transactions, we have to hold capital as a regulated insurance company. And then another big input is the cost of longevity protection. So when we take on liabilities we also cover the risk that people live longer than you expect. So longevity risk is another driver into the pricing of these transactions.

PRESENTER: So how do you resist the temptation to grab the assets up front and worry about the liabilities later?

PRETTY SAGOO: We can’t. So the way we deal with that is the assets we will invest in actually will be matched to the liabilities. So the assets we will buy typically they’re long-dated. A lot of them are called real assets or direct investments. And direct investments and the bonds, because we would never buy equities to back any of these risks. Equities are an investment now; they don’t guarantee you a long stream of cashflows over the life, over 50 or 60 or even 100 years which is what you might need to back long-dated liabilities. So we will buy real assets, direct investments, corporate bonds and gilts, typically, and that’s what the asset strategy looks like. So they do deliver cashflows over a long time. They are safe assets in the sense that they’re fixed income. They have a low likelihood of defaulting. So we’ll have, we wouldn’t have for example high yield bonds; we would have investment grade assets in those transactions.

PRESENTER: You mentioned real assets. Could you give us some other examples?

PRETTY SAGOO: Oh yeah, real assets is my favourite topic. So the real assets are housing, infrastructure, clean energy. Urban regeneration is one as well. So we do a lot in this space. Legal & General, we are at the forefront of this market actually. So to give you a couple of examples of those: on the housing front, we’ve built build to rent investments in Bristol, Bath and Birmingham for example; on the urban regeneration front, we’ve invested £150m in an Amazon distribution centre in Tilbury. And that doesn’t just create an asset; it actually ends up regenerating an entire area of the town basically. We’ll invest in windfarms for example as a good example of where we’ve invested in clean energy as well. And on the infrastructure and urban regeneration front, I mean we’ve just, over the last few years we have completely renovated the train station area of Cardiff. That hasn’t just put up buildings, brought the BBC back into Cardiff; it’s created 10,000 jobs in the meantime as well. So these investments are critical for us in backing pensions liabilities because they’re long-dated but they’re also a really good economic story for the country as well.

PRESENTER: And what do these direct investments mean exactly for trustees who are looking to derisk their schemes?

PRETTY SAGOO: That’s a really important question and I think something that gets overlooked actually. Because a lot of pension schemes, they may actually hold direct investments or what we’re calling real assets, and I think the fact that we can realise higher yields off these assets means pension trustees, even in an era of the lowest interest rates. Although they are moving back up a little bit but we’re still in an era of fundamentally low interest rates and low yields on corporate bonds. From our perspective, the degree to which pension schemes can engage early with the insurer they’re talking to about derisking and discuss the potential around those assets they actually hold could give them an advantage and is definitely something to think about.

PRESENTER: We have to leave it there. Pretty Sagoo, thank you.