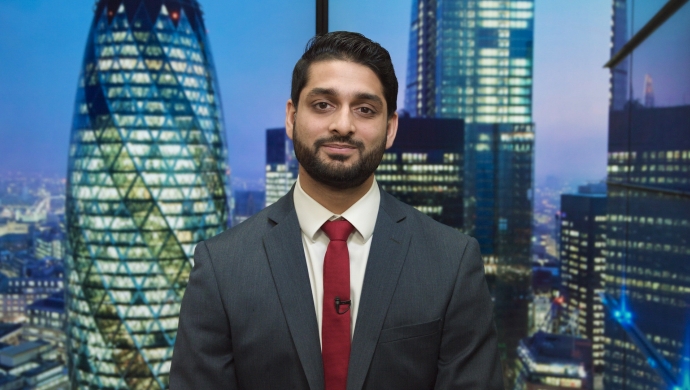 WATCH LATER
For a monthly look at the global economy Sahil Shaikh, Portfolio Manager at Prudential Portfolio Management Group, discusses market movements so far this year, sectors he finds interesting in the market and whether Brexit has affected the team's thinking as an investment perspective.

PRESENTER: For our monthly look at the global economy, I’m joined down the line by Sahil Shaikh, Portfolio Manager, Prudential Portfolio Management Group. So, Sahil, with Q1 now over, talk us through what you’ve seen in markets so far this year.

SAHIL SHAIKH: Hi there. Well it’s interesting to see that Q1 has actually seen a reversal of the negative sentiment we saw at the end of Q4 2018. 2018 in general saw an increase in volatility across asset classes. There were increased global/recession fears. This led to a selloff, especially in Q4 in equity markets, a widening in credit spreads. Now, what Q1 has seen is an improvement in sentiment, especially with the US Federal Reserve has changed its relatively hawkish stance 12 months ago versus now, where it’s potential that they might even cut rates in 2019.

Now, this has generally been supportive for global equities. We have seen also improved US/China trade negotiations. One of the main benefactors of this has actually been Chinese equities, which understandably were some of the worst performing equities in 2018. They’ve actually been one of the best performing equities in Q1 2019. You’ve also had the S&P 500 have its best quarter in a decade. So this really highlights the shift in sentiment from extremely bearish/negative in Q4 2018 to very positive now.

PRESENTER: And are there any parts of the market that are particularly interesting at the moment?

SAHIL SHAIKH: Yes, touching upon earlier, we’ve seen global macro data actually softening, although it’s still in expansionary territory. So, on the margins we’re still positive global equities. Also an interesting example is China. It still has attractive fundamentals for us. You’ve seen an increase in openness in their equity and bond markets, inclusion in widely followed benchmarks and indices, as well as increased fiscal stimulus, monetary easing improving financial conditions due to the Chinese authorities. In the rate space, if we look at UK, European and US sovereign rates, they are extremely low, especially compared to last year, which I’ve touched upon before. Now, this raises the question to us is there any short term upside on this? We generally believe that markets overshoot in the short term, and so we’ve been following this quite closely.

PRESENTER: Well finally there’s been a lot of noise around a certain political event in the UK, but has this actually affected the team’s thinking from an investment perspective?

SAHIL SHAIKH: Yes, this is quite an interesting question we’re asked quite often. Now, any delay in agreement, or lack thereof, will increase uncertainty definitely around UK assets; however, we’re not in the game of calling politics. Our portfolios have sizeable non-UK based assets. Some portfolios have access to alternative assets as well. Now, these two in combination lead us to believe that our portfolios are fairly well diversified. Now, although Brexit will have some sort of impact, it is not the main driver behind our investment decisions, or the driver behind our portfolio returns.

PRESENTER: And do keep an eye out on asset.tv for PPMG’s next update and thanks for watching.