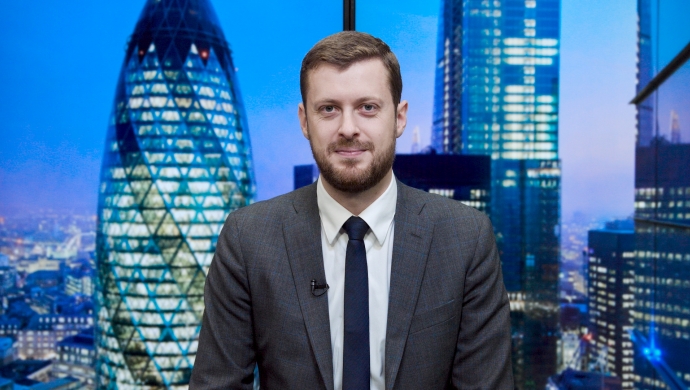 WATCH LATER
For a monthly look at the global economy, Phil Butler, Multi Asset Portfolio Manager, PPMG, discusses the factors that have had an impact on markets, fund changes based on Brexit, developments in Italy and how all this news has affected portfolio positioning at the end of 2018.

PRESENTER: For our monthly look at the global economy I’m joined now down the line by Phil Butler. He is Multi-Asset Portfolio Manager at the Prudential Portfolio Management Group. Well, Phil, since last month’s update, what are the main factors which have been having a big impact on markets?

PHIL BUTLER: Hi Mark. Yes, post October/November saw a strange market sentiment. So that sentiment was largely driven in credit markets. Investors clearly still have a concern about the global growth, and also trade tensions. So what we saw was spreads in US and European investment grade and high yield assets widen. There was some relief on the basis that Trump and China seem to be getting somewhere with their trade negotiations. So it looks like there’s a delay in some additional tariffs, renewed negotiations for the bilateral conversation between the US and China, and that’s a positive news outcome there.

On the other side of the spectrum you had Jerome Power, who’s the US Fed Chair. He’s come out and changed his stance a little bit about where the neutral rate is. So back in October he was saying we’re a long way from that neutral rate, now he’s saying that we’re near it, and markets have reacted positively to that. So on a portfolio level, GEM, Asian equities have performed well; whereas, fixed income assets, that high yield and investment grade, have performed poorly.

PRESENTER: Well closer to home Brexit continues to dominate headlines, have you made any fund changes on the back of that?

PHIL BUTLER: Yes, it continues to be a dominant headline, and something that we’re trying to piece together. We don’t like to make short-term decisions, and with Brexit what you’ve got is a temporary nature Brexit. It will be concluded at some point, even though it has already been going on for over two years, but we also don’t know the outcomes. So we don’t like to make short-term decisions just based on this changing news. What we look to do is have diversified portfolios that can benefit in any climate, and look through that short term news.

Now, when it comes to the portfolios, our diversified set of funds have benefited this year. Take UK properties, a great example. UK property was not liked in 2016, and it came to a lot of issues through the Brexit discussion; yet this year when volatility has been quite high, it’s up 4½% year to date, and that’s really benefited the portfolios. Vice versa with overseas equities, where they benefit from a revenue stream outside of the UK, if we have a hard Brexit scenario, actually that would benefit our portfolios. So what we’re looking at is how can we have the most diversified portfolio around?

PRESENTER: You’ve got a bit of Italian exposure in the portfolios, any developments in that country that are making you change your opinion?

PHIL BUTLER: Yes, so not change of opinion for us. We’re comfortable with our positioning. What’s happened during the month is the European Commission and the Italian Parliament have basically been holding a hard line on their views and not wanting to budge. What we’re seeing more recently is both sides suggesting that these conversations are actually progressing where they are, and there are even reports out there that suggests that the Italian prime minister is willing to lower his budget deficit from that 2.4% figure in his draft, down to around 2%, which is only marginally above the 1.8% that we’ve seen this year. So we think that’s a positive development on that front.

PRESENTER: Now how has all this news affected portfolio positioning as we go into the end of 2018?

PHIL BUTLER: Yes, I mean we’ve rotated on the various months that we are constructive on the global economy, but are aware that the US economy in particular is on a late cycle path. So on that we tend to be overweight global equities in general and then underweight those fixed income assets. And that largely hasn’t changed too much over the last months, but one that we’re continuing to hold into year end.

PRESENTER: We have to leave it there. Phil Butler, thank you very much.

PRESENTER: And thank you for watching, from all of us here goodbye for now.