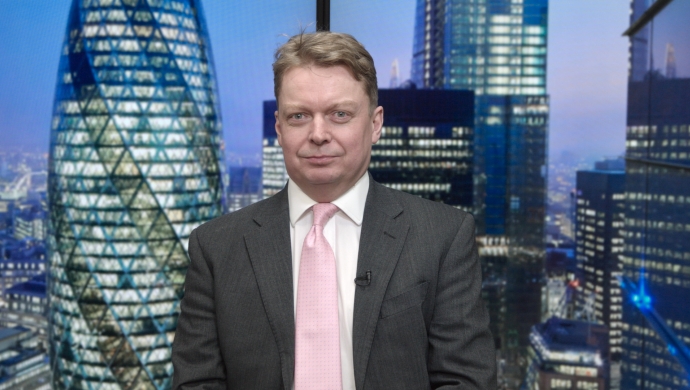 WATCH LATER
For a monthly look at the global economy, Charles Griffith, Senior Portfolio Manager for Prudential joins Jenny Ellice in the studio to discuss slowing global growth, the key drivers of markets this year, the performance of government and equity bonds, and how his portfolios are currently positioned.

PRESENTER: For our monthly look at the global economy, I’m joined down the line by Charles Griffith, a senior portfolio manager at Prudential Portfolio Management Group. So, Charles, the economic data, does it still point to a slowing global growth in 2019?

CHARLES GRIFFITH: Good morning. Yes, the situation has evolved quite a lot actually over the last couple of years. So, looking back to 2017, that was a year of synchronised positive global growth, and then moving into 2018 global growth softened quite a lot, while the US economy remained strong, and more recently what we’ve seen is that the US economy has also softened a little bit. So things have changed quite a lot over the last few years. What we do see though currently is that economic macro data has remained in expansionary territory, and we don’t think the risk of recession is particularly high right now.

PRESENTER: So what would you say are the key drivers of markets this year?

CHARLES GRIFFITH: So we’ve just been talking about the macro data really softening over time. So the real question is what’s driven markets, and we think there are two things. Firstly, central banks, and particularly the Federal Reserve in the USA, have stepped back from their hiking cycle. And by that we mean that central banks were really gradually raising interest rates over time, and what they’ve done is actually gone on hold of late. That’s had a very significant impact on the market we think. Last year central bank hiking was seen as overstepping the mark and potentially causing recession, and really that’s been factored out of the market now. The second thing that we think has had a big impact on markets this year is positive sentiment around the US China trade talks. So the market’s now thinking that will be resolved in a positive fashion, potentially over the next few weeks, and that’s had an important impact on returns this year.

PRESENTER: And how have equities and government bonds performed this year?

CHARLES GRIFFITH: Well this year’s been quite unusual, because both equities and government bonds have performed very well. Typically when the central banks stop raising interest rates this is what happens, equities and bonds both perform well in unison, and that’s what we’ve seen this year. On top of that credit markets have performed extremely well this year, and that’s really about recession risk being priced out of the market, which is particularly important at this stage of the cycle for credit.

PRESENTER: So, considering all we’ve discussed today, how are your portfolios currently positioned?

CHARLES GRIFFITH: So we aim to construct a very diversified portfolio, looking at combining return streams from multiple sources, both geographically and across asset classes, but on a tactical front at the moment we’re modestly long global equities and we see the backdrop as supportive of that. On the other hand we are looking at European and UK interest rates, and we think they’re currently at suppressed levels. So we’re underweight interest rate risk in those two regions, and those are the two key positions we have on right now.

CHARLES GRIFFITH: Thank you very much.

PRESENTER: Well do keep an eye out on asset.tv for PPMG’s next update.  Thanks for watching and bye for now.