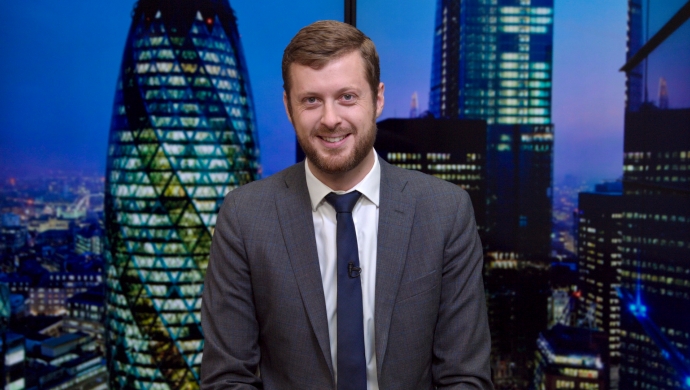 WATCH LATER
Phil Butler, Multi Asset Portfolio Manager, PPMG, joins Jenny Ellice to discuss the cause for the return of volatility, his view on the 2018 UK budget, the state of the Italian economy and finally how current news has affected his portfolio positioning.

PRESENTER: For our monthly look at the global economy, I’m joined down the line by Phil Butler, Multi-Asset Portfolio Manager, Prudential Portfolio Management Group. Well, Phil, volatility returned to markets in October, what was the cause and have you seen a weakening in fundamentals?

PHIL BUTLER: Yes Jenny, it certainly did come back with ferocity in October. So what we’ve seen is the US S&P 500 was down about 7% over the course of the month. Now that’s the first time we’ve seen a monthly fall that big since 2011. It’s also the 5th biggest falls since 2000. So once you strip out the 2000 tech bubble recession and the 2008 great financial crisis, actually it’s one of the three most significant monthly falls we’ve seen in a while. Now if you compare that to other asset classes, the Euro Stoxx 50 fell 7% as well, and the Hang Seng fell around 9%. US treasuries were flat on the month; UK gilts fell about 30 basis points from peak to trough.

So those indications tell you that it’s global, no one market was penalised more necessarily than another, so that leads to you to think that it’s around some sort of global trade war causing a slowdown in the global economy. Now if you try and look at the actual factual statements there, we’re a little bit more constructed than that. So, whilst US earnings growth and economic growth are peaking in terms of their growth rate, the actual total earnings and growth is about to peak. When you also look at the cycle around earnings in both Europe and in Asia, they’re both still fundamentally strong. And that global strength means that we’re certainly more constructive than the falls have meant, and actually market valuations have now become more attractive.

PRESENTER: Well in amongst this market volatility the UK government announced its 2018 budget, what was your take on this?

PHIL BUTLER: Yes they did. I think our summary is it’s probably pro-consumer, pro-business; however the big puzzle piece still left there is Brexit, and that could change the course. Now, if you look at the main highlights, there’s the tech tax if you want to call it, so it’s 2% on revenues they produce in the UK. They’re doing something very similar to what Spain’s done. Now this doesn’t come in until 2020, and by then the OECD should have completed their review, and therefore we might get a more global version of this. So it’s hard to see how that will have an effect. They did lower business rates for small businesses. That’s definitely a positive. And they’ve brought in early, one year early the personal income tax band increases upwards so that should give some consumer spending if required.

PRESENTER: The Italian government’s budget plan attracted a lot of headlines, is the state of the Italian economy a risk to the eurozone?

PHIL BUTLER: I think yes, we saw that their budget proposal got rejected by the European Commission. Now to try and put some context around that, the new Italian government proposed increase in spending to give a deficit of 2.4% in the year. Now to put that in context that’s three times larger than the previous government had originally agreed with the European Commission. So taking that into account you can see whilst adding that to the 130% debt that they already have versus GDP that you can see why some nations are worried. Now actually the members of Europe are actually split on whether or not this is good or bad. You have the people who are pro it saying increased spending, and what this does is actually increase the economic potential of Italy, and then constantly suspending; however, adding to that already huge deficit is probably an unwise thing to do.

Now the European Commission meet early this month, and actually they’re there to discuss whether or not there’s any wiggle room there to actually negotiate. And actually if both sides are willing to do that, we actually could end up with a situation that suits both sides.

PRESENTER: So how has all this news affected your portfolio positioning?

PHIL BUTLER: As we said earlier, we remain constructive based on the fact that the underlying corporate earnings, the underlying fundamentals of the global economy are still there. So we’ve added to global equities, and where possible we’ve funded that from fixed income assets.

PRESENTER: And PPMG will be back next month with their latest update, so do keep an eye out on asset.tv for that, and thanks for watching.