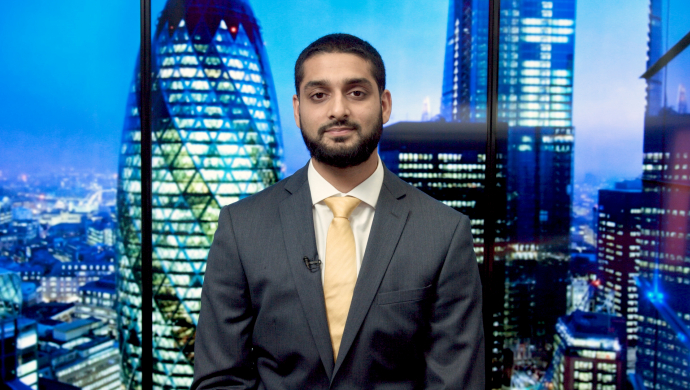 WATCH LATER
In this update, Sahil Shaikh gives us an insight into the state of the global economy as he reflects on a busy month for central banks & looks at whether they are doing enough.

PRESENTER: With our monthly look at the global economy I’m joined now down the line by Sahil Shaikh. He is Portfolio Manager at the M&G Treasury and Investment office. Well, Sahil, September seemed like another busy month for central banks. Can you give us an overview of what’s been going on?

SAHIL SHAIKH: So September and this year in general have seen a continuation of the dovish theme, whereby central banks have been cutting interest rates, losing monetary policy, mainly in reaction to weakening global growth, trade tensions and mid to late business cycle dynamics. Now, if we touch upon the ECB first, they cut rates by about 10 basis points to minus 50 basis points. They also retooled TLTROs, a mechanism which incentivises European banks to lend, and committed to quantitative easing. If we look at the Federal Reserve, they cut interest rates by 25 basis points. This is second interest rate cuts since July, the second since global financial crisis.

Now the interesting thing is whether this central bank accommodation is actually going to uplift the economy, especially manufacturing global PMIs. Purchasing managers have been relatively gloomy, but we have seen economic [unclear 0:01:19] data take a upwards tick recently.

PRESENTER: And given that, do you think central banks in aggregate are doing enough right now?

SAHIL SHAIKH: So let’s touch upon Europe first. European growth in general has been anaemic for a while. It has some large manufacturing and trade-oriented economies. And manufacturing data in general has been trending downwards, and Europe exemplifies this. Now, on the ECB, the measures that they took were in line with what most economists including our own expected. The commitment to QE seems positive, although there are some concerns around the issue/issue limits which bring into question the credibility of the QE. Now, in terms of the rate cut, in isolation it’s probably not enough, but the reworking of TLTROs and QE mean this is in a positive direction. Now, there’s not much gas in the tank as we would say for European interest rates, given they are at such lows; what Europe really needs is a bit more fiscal stimulus. Now this echoes Mario Draghi’s comments and his frustrations over the last few years.

If we touch upon the Fed now, they’ve obviously cut 25 basis points. The market expects another 50 basis points this year and next. We expect another 25 basis points this year, in October, and that should be broadly the end of it. This is in the line with the Feds thinking as well. I think the Fed really see this rate cutting cycle as a mid-cycle insurance cut, similar to what they did in the late 1990s.

PRESENTER: And given what central banks have been doing, how have markets been behaving themselves over the course of September?

SAHIL SHAIKH: So, on the back of the central bank announcements this month, sovereign rates have moved about. Actually interestingly on the back of the ECB rate cut, sovereign rates actually rallied, but then they have trended downwards throughout the month. In equity space, September was a positive month following the negative August. This was on the back of improving US/China trade relations. However, it should be noted that potential Trump impeachment enquiries as well as weak US manufacturing data, led markets to be somewhat a risk off. And another story throughout the month was the oil price jump. On the back of attacks on Saudi Arabian oilfields, oil actually jumped 20% within one day. This is one of the biggest moves we’ve seen in recent history. However, if you put it into context, it was only back to levels we last saw in Q2 2018.

Now, from a fund perspective out, most of our multi-asset funds have finished with a positive absolute performance in September. This was on the back of, again, equities, investment grade, sovereign bonds, but in particular our diversifying assets such as property, UK property in particular and alternatives have given us a decent risk-adjusted return over the month.

PRESENTER: Sahil Shaikh, thank you. And do keep an eye out for other monthly updates on multi-asset investing here on asset.tv. From all of us, thank you for watching and goodbye for now.