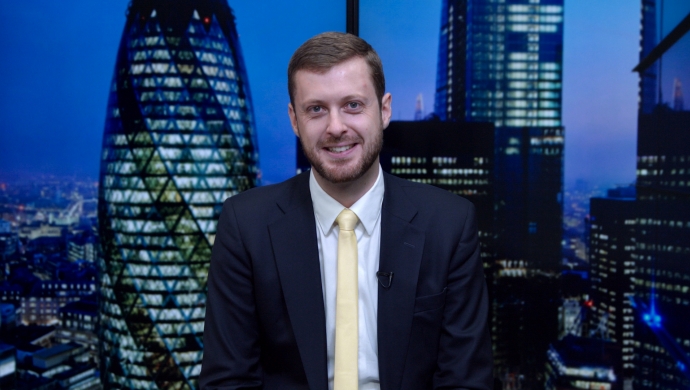 WATCH LATER
Phil Butler, Multi Asset Portfolio Manager for PPMG, discusses the exposure of Eurozone banks, the development of the US stance on trade, the surprise rise of UK inflation in July and if these have been any recent changes in the portfolio.

PRESENTER: For our monthly look at the global economy, I’m joined down the line by Phil Butler, Multi-Asset Portfolio Manager, Prudential Portfolio Management Group. So, Phil, Turkey has rarely been out of the news of late. So what are the chances of contagion and how exposed are eurozone banks?

PHIL BUTLER: Hi Jenny. Yes, I think Mr Erdogan was very much chest pumping, a bit like Donald Trump, and that means that it regularly gets into the news. There are probably three key ways in which this is going to evolve going forwards. So we’ve got some financial disorder, which is going to be through the lira’s moved down 40% year to date, inflation’s over 15%, and they’ve got a current account deficit that’s greater than 5%. So if they’re not going to invoke some policies outside of just some sort of economic restraint, that’s one way that this could go.

The second is probably around eurozone banks who have been the main lender to Turkey over the last few years. They’ve got about €150 billion of debt allocated to Turkey. The majority of that is in Spain through their subsidiary banks to Turkey, although France and Italy also have some exposure. Now the total exposure to those eurozone banks isn’t enough to make them insolvent, but it’s enough to hurt share price and investor sentiment towards them, and we’ve seen that with their year-to-date performance in the stock market. The insolvency rate at the moment of the non-performing loans in Turkey is small, but we’d expect that to increase. And that’s an area that we’re focusing on given our portfolio positioning.

I think the third is contagion, contagion of other countries, investors fearing that something can happen in another country. So named ones are normally Argentina, South Africa, India. But each of them have something, whilst having some qualities of Turkey, have also done different activities. So they have central bank independence, which Turkey doesn’t have. But also they’re more traditional. They’ve got help from people like IMF which backs investor confidence to start investing with them. And Turkey’s tried to go down a different approach with money from Qatar, its new ally, and we’ll see how that unfolds. I very much think that Mr Erdogan and President Trump if they can come up with a way to save face and get beyond their headlock at the moment that would be very positive for markets.

PRESENTER: And how has the US stance on trade deals developed?

PHIL BUTLER: Yes, it’s some positive, some negative if I had to summarise it up. Mexico, as we heard recently, have come to an agreement with the US. It’s around, they’ve basically agreed to generate more of things like cars and income, wages of employees for those cars, in the North America region, so importing less, which is what the US has wanted all along. So that’s a positive. It sounds like they’re both going to win in that agreement. It’s a 16-year deal to be reviewed six yearly. So I think that’s a good deal. On the other side, China/US, there was some minor talk about some low level diplomats discussing this over the summer, and we saw some stock market rebound but not a huge amount. And as we see with the EU this is ongoing. So Canada’s the outlier there holding firm with not wanting to come to the table and negotiate. So it’s very much step by step with this one, and it can change very rapidly with either one tweet or one positive news announcement.

PRESENTER: Now in July UK inflation rose for the first time since November last year. Did this surprise markets or was it largely expected?

PHIL BUTLER: Yes you’re right. So in July inflation moved up from 2.4% to 2.5%, and this was the first rise we saw from November when it hit highs of 3.1%. Now, back in November, if we cast our mind back, the consensus forecast, what the whole market was expecting for 2018 was 2.6%. So no real surprise there, we’re very much close to that level, if only a little bit higher. Now our own internal views, if you look at the forecast moving forward, is that inflation is very much subdued in the UK; that FX flow that we had post-Brexit hasn’t really come across in the currency anymore. I think if you look at fuel food, those prices are not getting pressured at the moment. So we’re quite relaxed about that, and the market seems to be as well.

PRESENTER: And finally have you made any portfolio changes over the summer?

PHIL BUTLER: No, largely portfolios remain unchanged. We are positive if you look at the fundamental outlook on corporate earnings, economic growth. So we have a positive weighting to global equities, but in predominantly the US and UK. We also have a small position in the Italian banks, given both the political and now the Turkey contagion view there, and we think there’s some value there.

PRESENTER: And PPMG will be back next month with their latest update, so do keep an eye out for that on asset.tv and thanks for watching.