The risks posed by Brexit for trustees of pension schemes 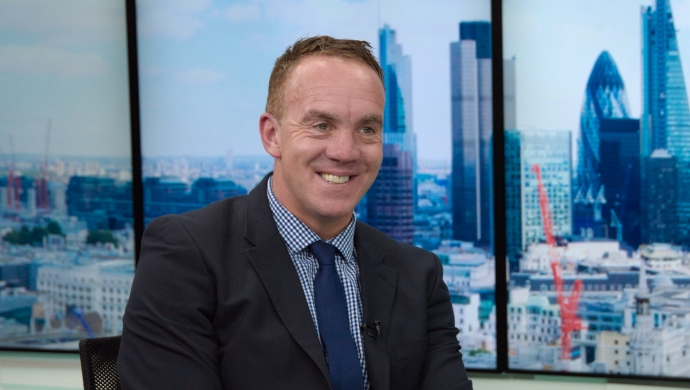 WATCH LATER
Adrian Campbell, Trustee Representative, Dalriada Trustees, discusses how trustees can plan ahead of Brexit, the conversations Trustees should be having with their sponsoring employer, what trustees can do about members' Brexit worries and how he believes the pensions landscape will look post-Brexit.

PRESENTER: Joining me now is Adrian Campbell, Trustee Representative of Dalriada, to discuss the risks posed by Brexit to trusteeship of pension schemes. Well it’s good to have you with us today. So Adrian first up what can trustees do now to plan for Brexit?

ADRIAN CAMPBELL: Well at Dalriada Trustees we’re already engaging with all our clients to make sure that we fully understand the potential risks of Brexit. Obviously at this stage we don’t know which way it’s going to go, but I think what we want to do is plan for the worst case scenario. That being a no deal hard Brexit. So, in terms of our approach, we have an integrated risk management approach to all of our schemes, which looks at the key themes; the first one being looking at the employer covenant. So what we’re doing is engaging with the sponsoring employer to the scheme to fully understand how they’re considering the risks of a no deal Brexit. What impact it’s going to have on their business? What plans do they have in place to mitigate those risks?

Secondly, in terms of actuarial matters, trustees should be looking at the assumptions being used for actuarial valuations, and particularly if an actuarial valuation is coming up for the 29th of March next year. It might not be a good date to settle on that day, and look to move to a more suitable alternative date, which is allowed under the funding requirements. And to look at the cashflow position of the scheme, what impact that may have. Thirdly, looking at the investment strategy for the scheme: is it still going to be fit for purpose depending on the outcome? And engaging with the appointed investment advisers to find out what contingency plans they have in place therein to make sure that we’re all aligned.

Lastly, looking at administration matters. As we understand it there may be a potential problem in making payments to pensioners that live in the EU if it’s a no deal Brexit. There’s currently passporting arrangements in place between all EU countries and the UK, but there’s been a warning issued by the government that that potentially may not be in place thereafter. They have put in their own contingency plans, but there’s been no news from the EU yet. So what we’re looking at is identifying what members may be affected by that, putting a list together of all pensioner members that live in the EU, and looking into what alternative arrangements that can be made.

PRESENTER: So then what conversations should trustees be having with their sponsoring employer?

ADRIAN CAMPBELL: Well first of all at Dalriada we are already engaged with all our clients. And so believe that all trustees of pension schemes should already, or should soon be having conversations with the sponsoring employer of the scheme to fully understand any impacts that Brexit may, hard Brexit may have. Particularly for companies that are strongly engaged in the EU, trading the EU, and what impacts that may have on their future business and profitability. And they may also be importing from the EU raw materials etc. to support the business. So there’s a lot of conversations that need to be had to fully understand what the employer, how the employer is considering matters. What contingency plans they are putting in place so that the trustee can also fully understand them.

PRESENTER: Well if members are concerned about the impact of Brexit, what can trustees say to them?

ADRIAN CAMPBELL: That’s quite difficult at this stage, because obviously we still don’t know the outcome. But depending on how well advanced a trustee has been in looking at the potential risk and making contingency plans, if they do have some formalised plans then they can have more confidence if members make contact with them and ask what they’re up to. And on the basis of the themes that I’ve been discussing, be able to give them an overview on how the trustee is looking into things, and making sure plans are in place.

PRESENTER: So what changes can you make now, and any particular changes that it’s too late to make?

ADRIAN CAMPBELL: Sure, we believe there’s a number of changes that the trustees should be considering now: first and foremost we believe that trustees should have up to date and relevant information from their advisers that are to hand so that can aid them in making their decisions. Specific things they could look at, obviously investments. If there’s considered to be risks in a particular investment portfolio, such as risks of UK equities and UK property funds declining as a result of a hard Brexit, they may wish to look to transfer those to more safer investments. We believe also that there should be a higher amount of contingency of cash available funds in the scheme bank account, so to allow payments to continue as they are, and maybe not have to disinvest at a really low point; for example after the 29th of March if there’s no deal. We also believe that there should be consideration of further hedging in the investments, particularly inflation and interest rate hedging, so as to ride out any real drops in the market.

PRESENTER: So then finally post-Brexit, do we have any idea what the pension landscape might look like?

ADRIAN CAMPBELL: It’s difficult to say. We hope there wouldn’t be too much of a change, but the critical thing is that the trustee is preparing for the worst case scenario right now, and making sure that there’s contingency plans in place to cover what they think are the perceived risks.

ADRIAN CAMPBELL: Thank you very much.