Schroder European Alpha funds | Is this a buying opportunity? 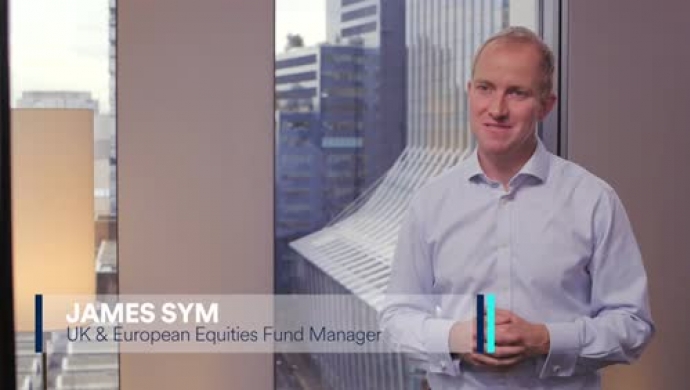 WATCH LATER
James Sym, Fund Manager, explores the factors that have driven market performance over the past month and explains if this period is the start of something bigger in markets.

It's been a really difficult month for markets perhaps appropriate after ten years after lehman's. So the market's down about six percent within that you seen a big preference for defensive areas of the market versus cyclical areas was ever with markets is a number of causes for that. Interestingly, and i think perhaps a bit of a surprise to clients is not really driven by the economy. So then begs the question. What is it ? And the answer, i think is pretty clear on the market, sort of moving to the point where it's saying right, this is pretty much as good as it gets for corporate profitability and it's not a problem of demand has plenty of demand for company's products. It's a problem of supply chains, andi, particularly wage inflation and also inflation in partly made products. And so the market's kind of de rated a lot of stocks because it thinks perhaps twenty seventeen or twenty eighteen is and will be the peak here for profitability. And therefore we need to bring that multiple down if there's not so much growth going forward. So it's a combination of factors, really. But i think the key one is this kind of lack of profitability growth going forward that the market sort of trying to price then ? October's down about six percent within. That's what's done well, what's done badly has been a tough month for active management, so positioning is clearly being important. It's the number of crowded trades. Have bean hit pretty hard, actually. Best performing sector telcos. Very country consensual. I'm very consensual underweight if you like active managers, so that's really interesting. The key parameter has bean cyclicality, so the more defensive the share, the better it's done. Which makes sense in a down market. What i'm a bit surprised about. We've talked a lot about value versus growth. That growth hasn't really cracked in this downturn. Normally, when you see a dislocation and market, it's the previous leader. That kind of leads the market down, and that's not really happened this time. It's happened in a very extreme sense. So if your extreme concept growth the fangs in the u. S. Being a good example of that, yes, there you have the rated quite significantly so that's starting to happen. But it's not really sort of become more broad based of growth versus value in the market, being all about being defensive in october and that has actually created a couple of sort, maybe shorter term buying opportunities. Perhaps in some of those areas where i mentioned there's a bit of an adventure recycle, we can perhaps pick up the return of that. So i guess the really big question for clients. When you see a dislocation like this, is it a buying opportunity or is it the start of something bigger ? There are clearly some areas the market short term, that have become oversold, where actually, we can see an inflection to pick up china stimulus driven. It might be a restocking cycle, autos and consumer cyclicals in general and highlight there. So we are trying to take advantage of that. But more broadly, i think let's not get sucked into early. Yes, there might be a pickup, particularly for central bank's help us with that. But we are a long way into an economic cycle. These inflationary pressures that companies are saying on their cost base is they're not going to go away. They're going to persist for a number of quarters has, so stocks are a bit cheaper. The multiple is not a problem, really in aggregate for equities. But the earnings trajectory, i think, is going to become much, much tougher on a long term basis. I think we're probably going to have a better buying opportunity then we've got today. And so if the market does bounce back, we'd probably be looking again to move the portfolio more defensively. It's a journey we've started, but i think now is the time to put our foot down with that just after cyclicals of underperformed very significantly. But the broad trajectory, the trend of where we're trying to take the portfolio is pretty clear. Definitely want to keep this value characteristics. I really do think value will work at the end of this cycle. Given the extremes in growth and given how crowded those trades are, you have seen a bit of that in october, so it's a bit of a warning shot across the bows, but its defensive value that i think is really going to work. And so that's the job for us to go away and go and find those companies that were going to kind of thrive in that environment and protect lines capital with the idea they're going to create value over the long term